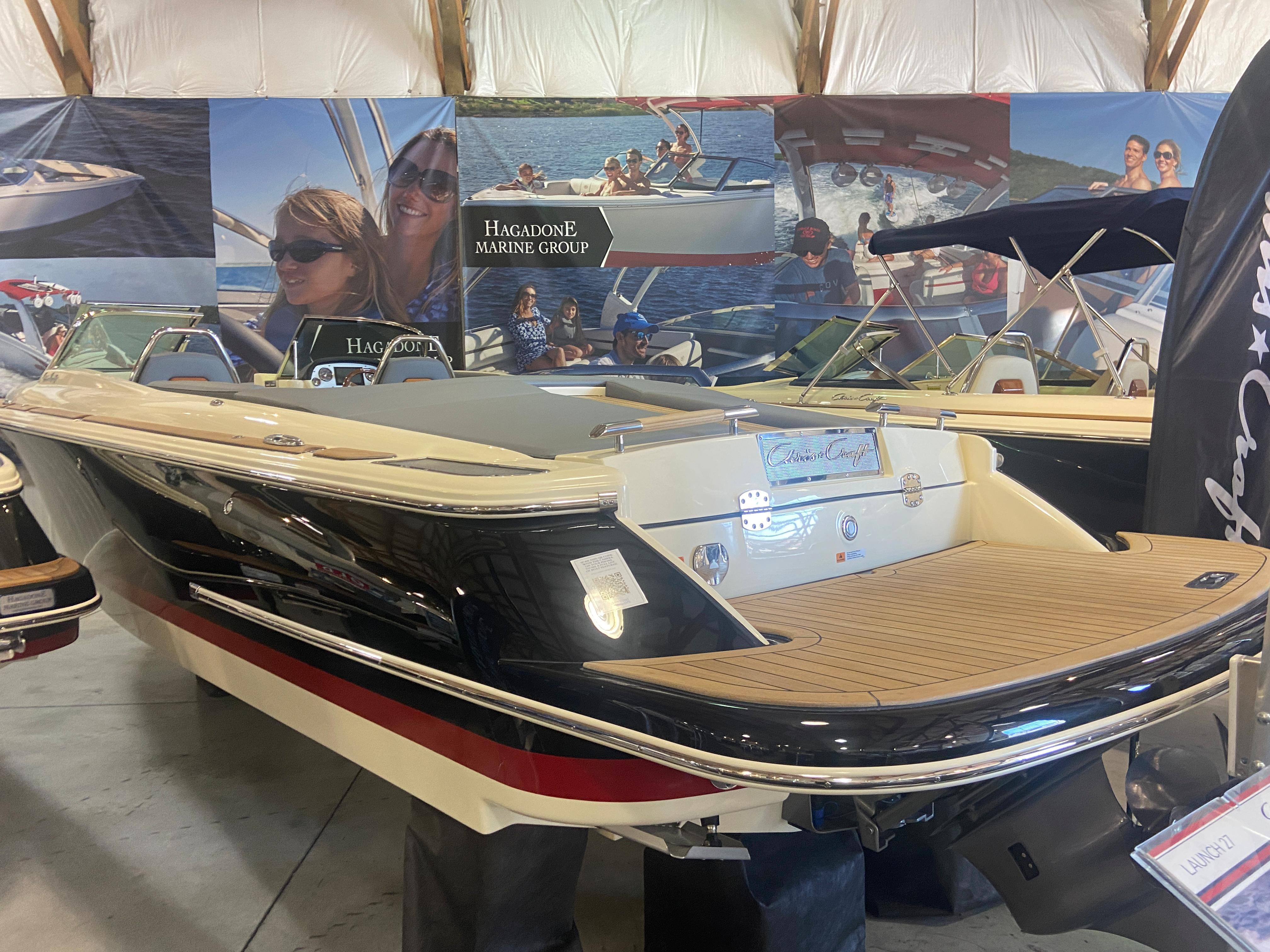 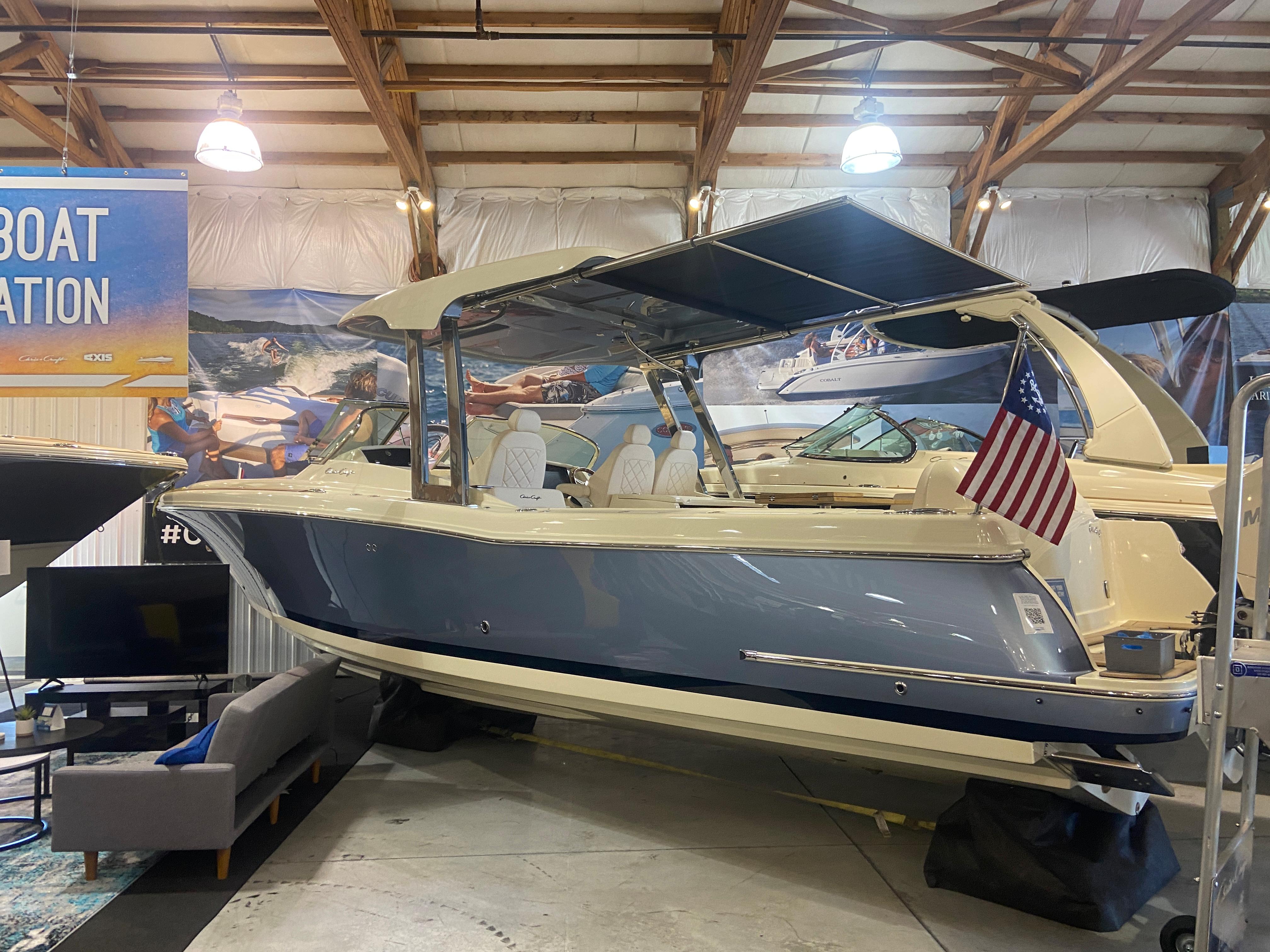 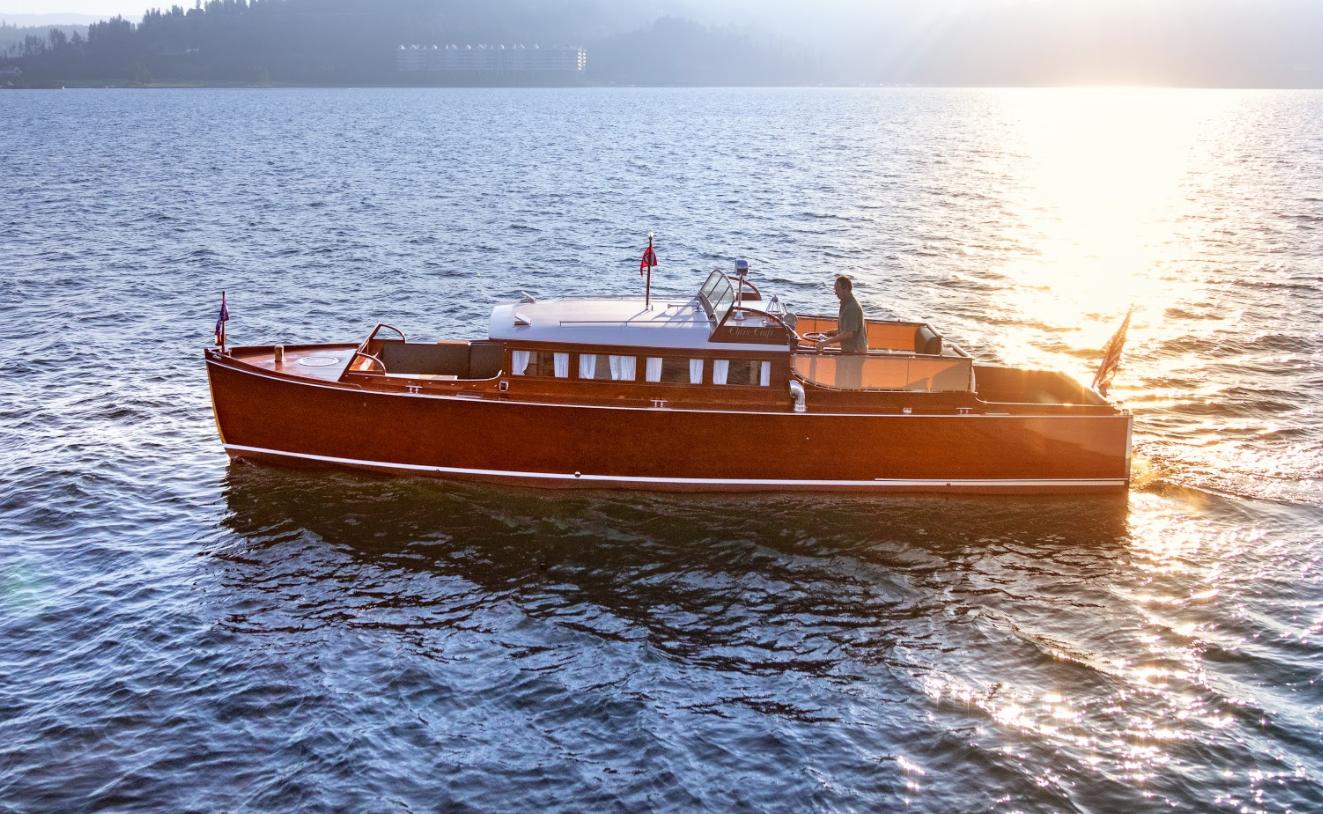 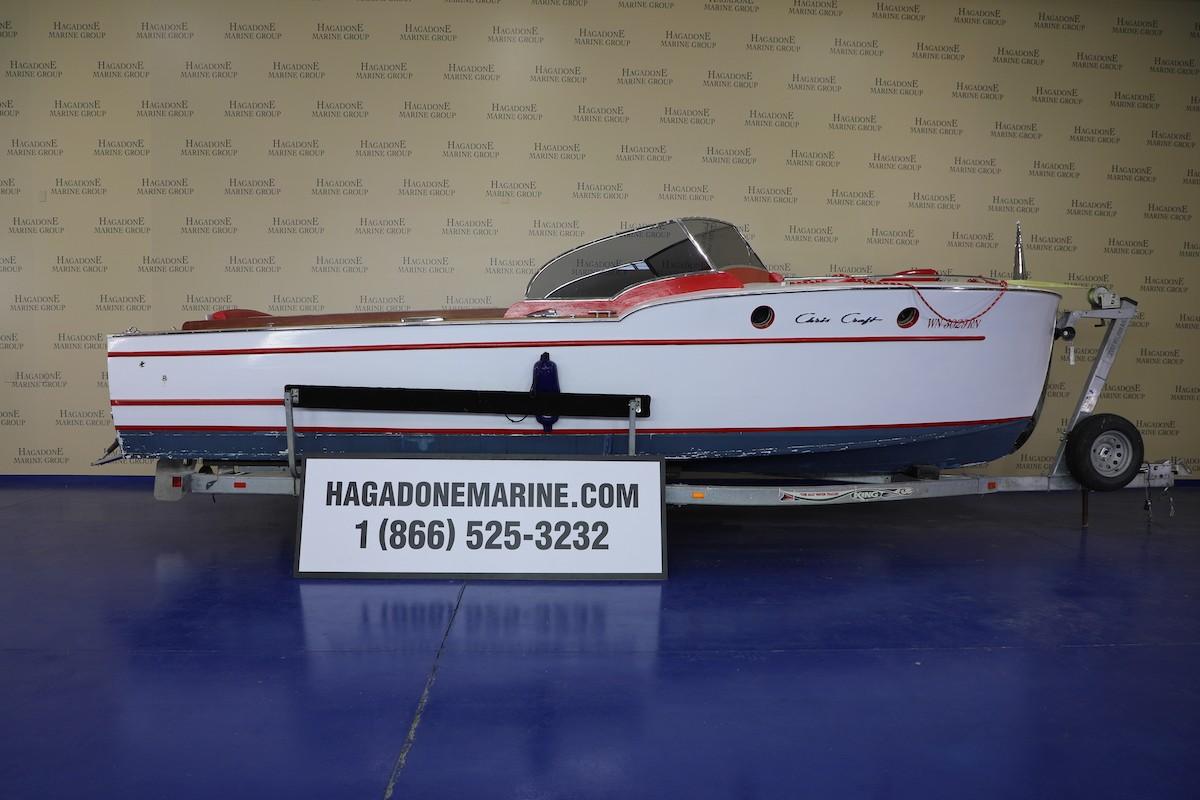 Chris Craft all began in 1861, when Christopher Columbus Smith was born in Michigan. The same year that Abraham Lincoln became president, the Civil War was still raging and the west was still wild as can be. Chris grew up in a modest home along the St. Clair River, where he was raised by hard working parents.

In 1884, he opened a boat manufacturing facility and spent over 25 years building duck boats, canoes, row boats, sail boats, and steam powered boats. All by hand! His reputation grew immensely until the early 1900s.

With the invention of the combustion engine, Chris Craft soared in popularity. He began incorporating the engine into his boats, making him the founding father of powered boats.

Over the next several decades, his boats made waves in the powerboat racing sport and in the homes of everyday Americans.

This boat company is more than a business – it is a cultural icon of the American Dream. Not only did it deliver soldiers to the beaches of Normany in WWII, but it also made history by becoming the preferred boat of presidents, celebrities, and more. With its high quality craftsmanship, attention to detail, and innovative design, this boat is sure to deliver.

Chris-Craft is still making dreams come true, even after 140 years of service. They continue to speak to people all over the world with their innovative and luxury design, high quality detail, and commitment to customer service.

To this day, each Chris-Craft is hand-crafted by a design expert in Sarasota, FL. They manage every single detail of their boats, making sure they stay committed to their high set of standards. With only the best materials, it’s not hard to see why Chris-Craft produces timeless beauty and luxury comfort.

The current design fleet may be modern, but Chris-Craft still pays homage to their humble beginnings. The deep V hulls, the handcrafted teak accents, and the stainless steel burgee holders and trumpet horns all signify a design that has stood the test of time.

There are plenty of modern accommodations, though. There are kitchens, sleeping births, and other custom touches available that make them the very best of the business. These boats offer an experience that only Chris-Craft can deliver on. They’re built strong and are meant to stay.