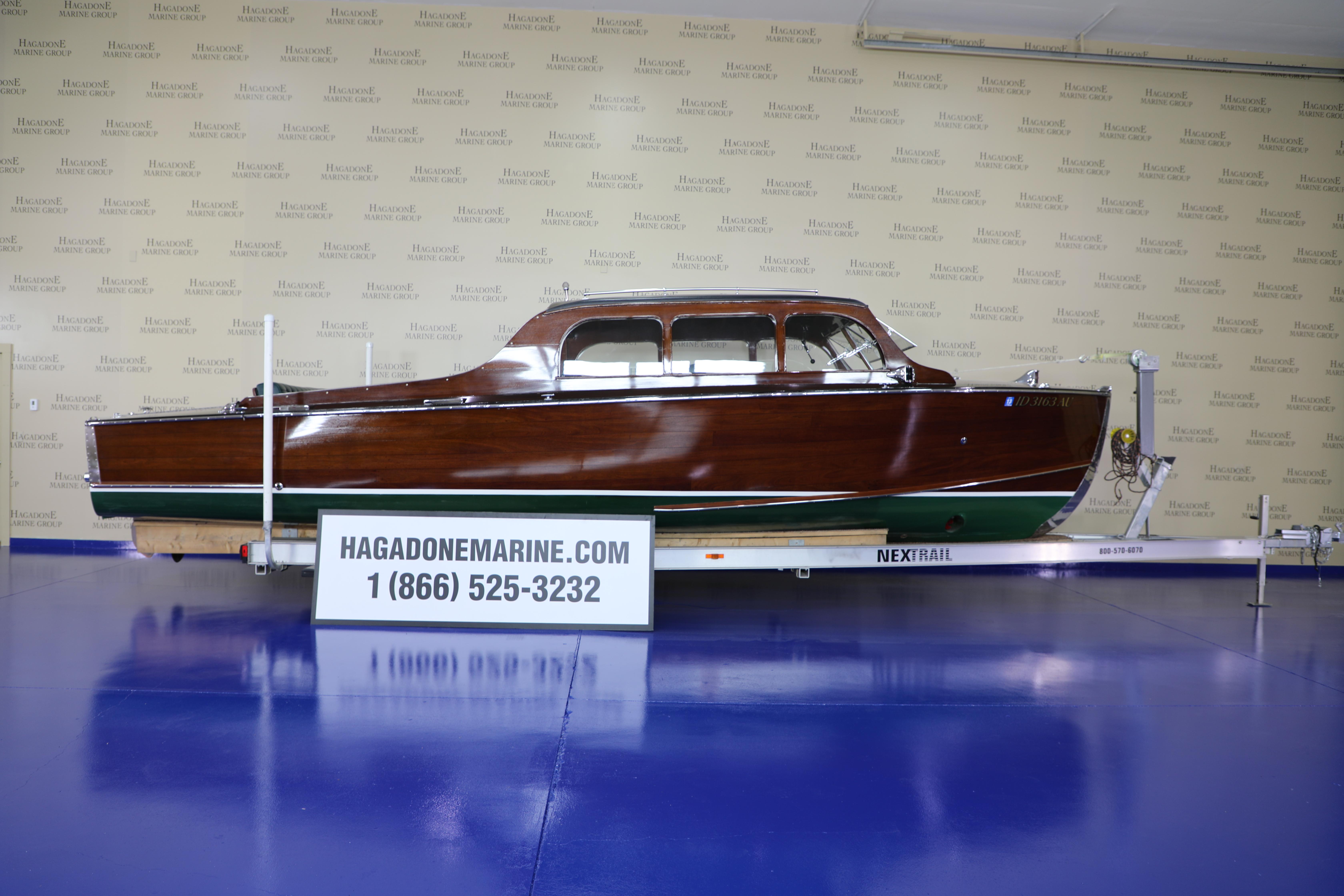 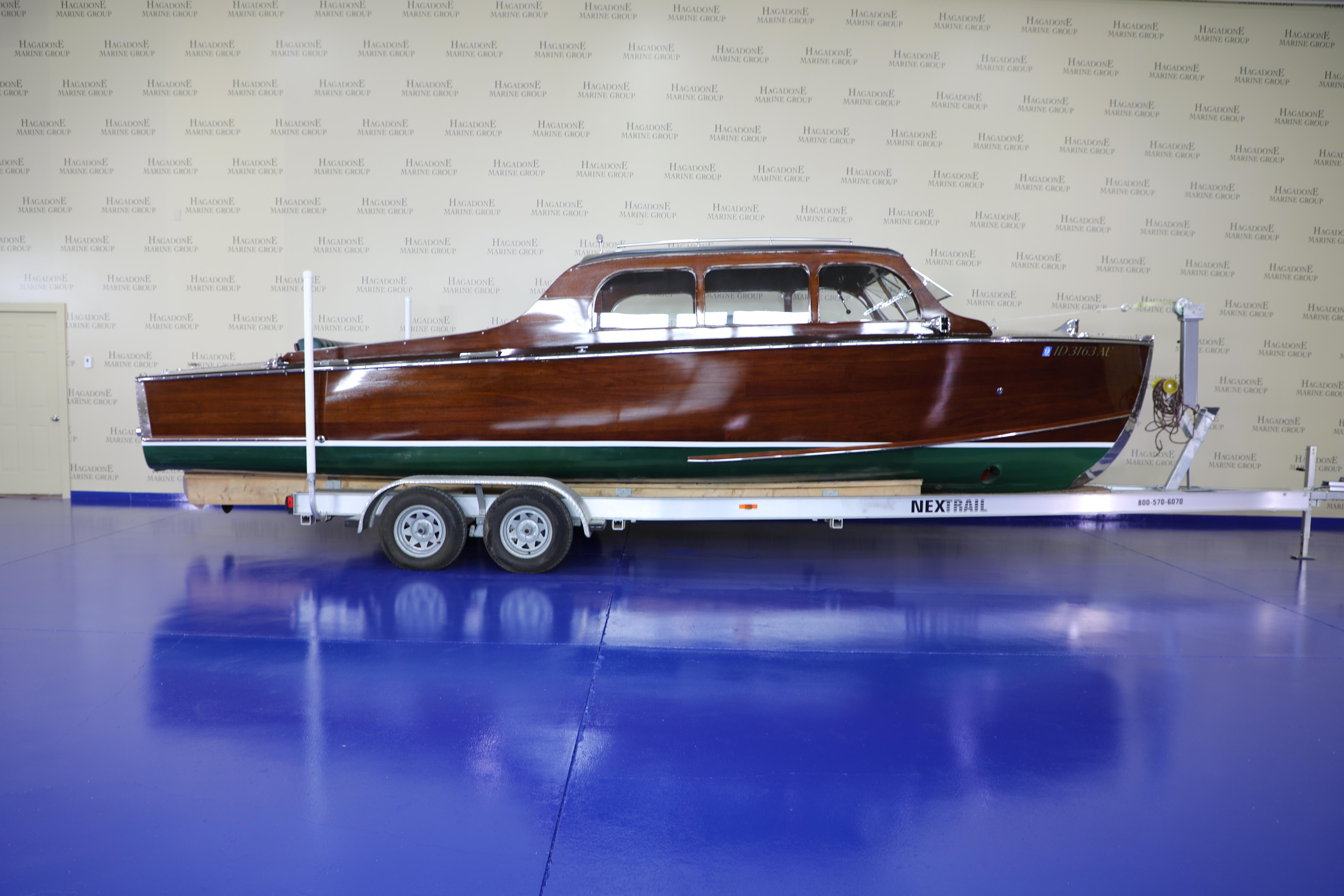 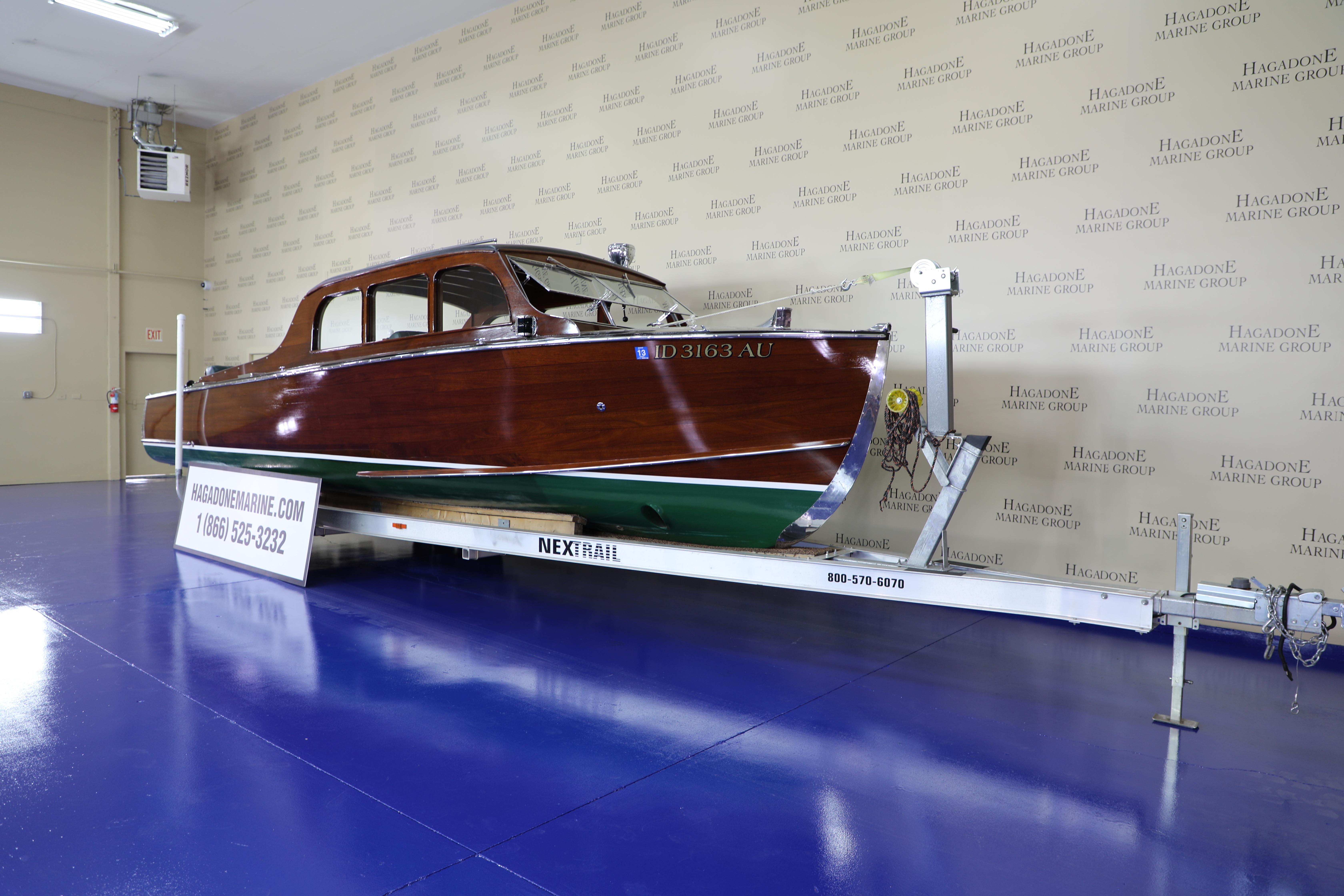 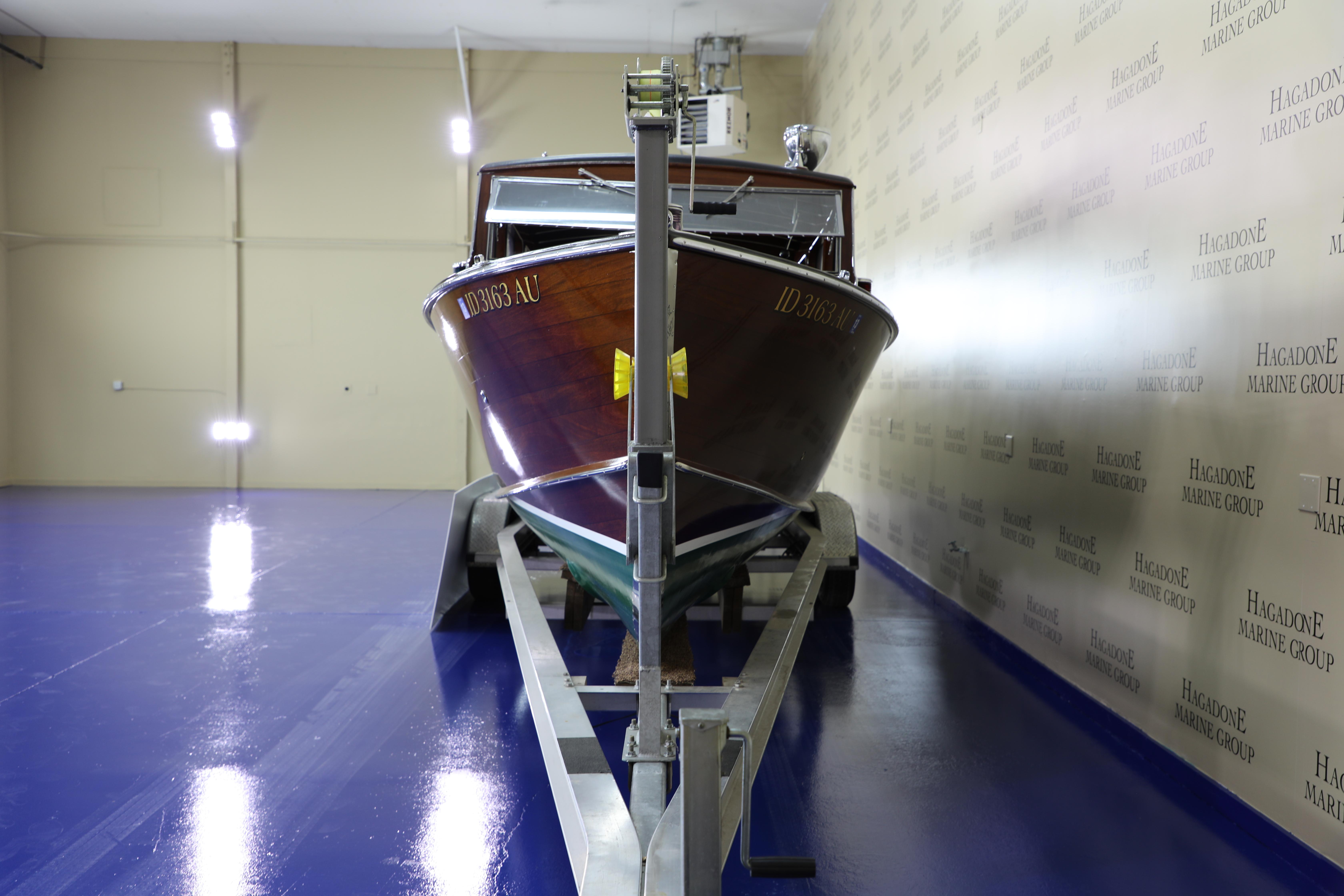 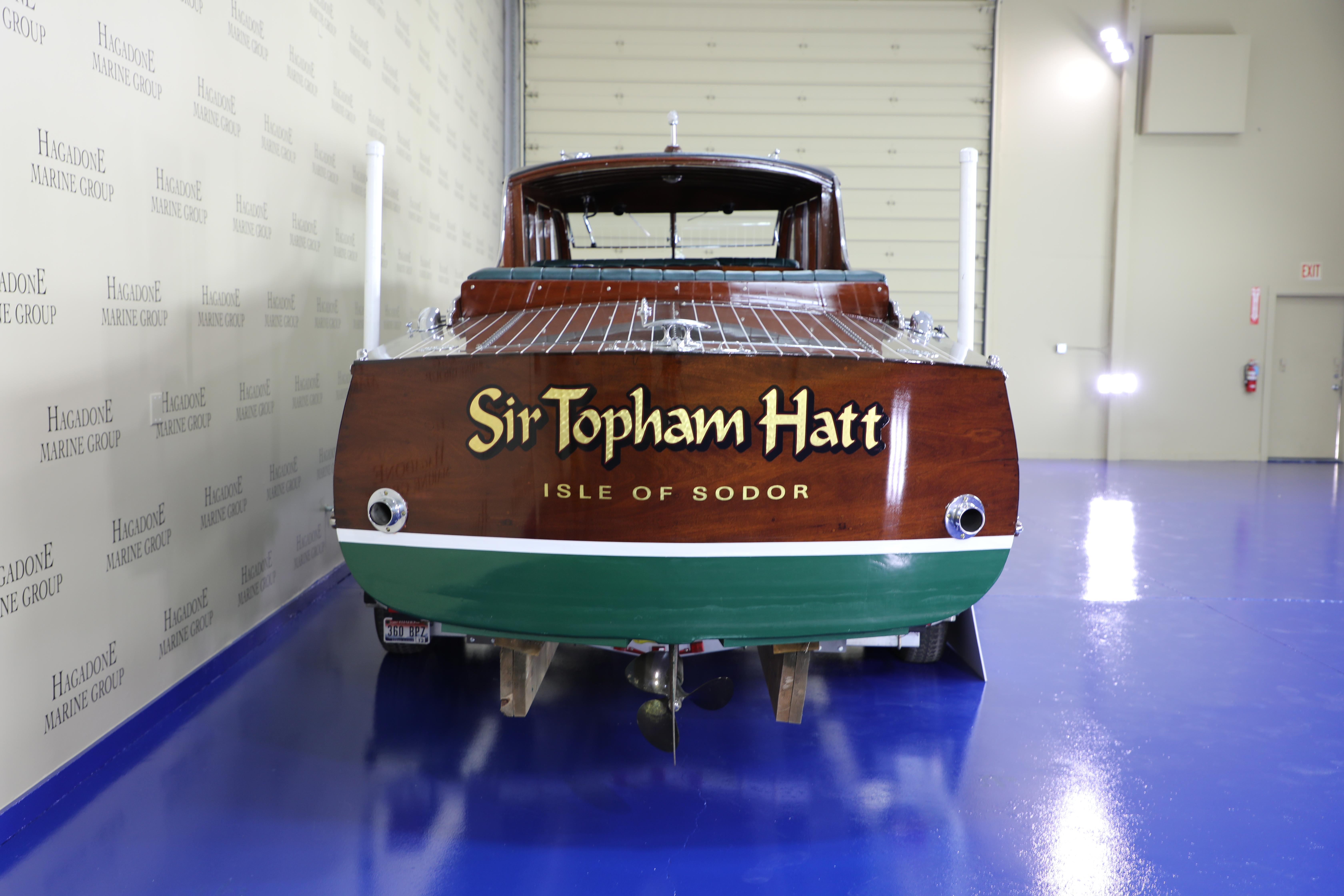 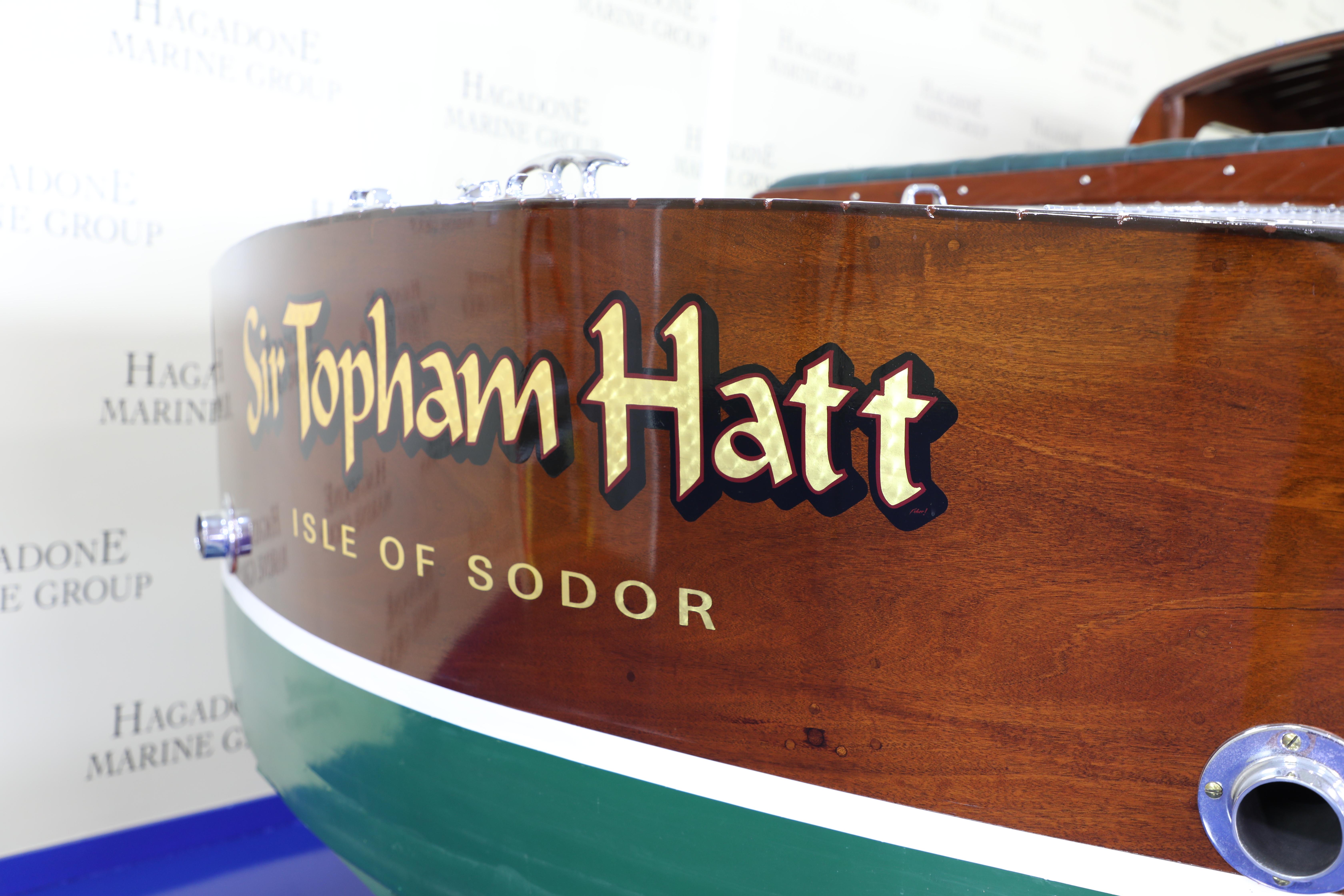 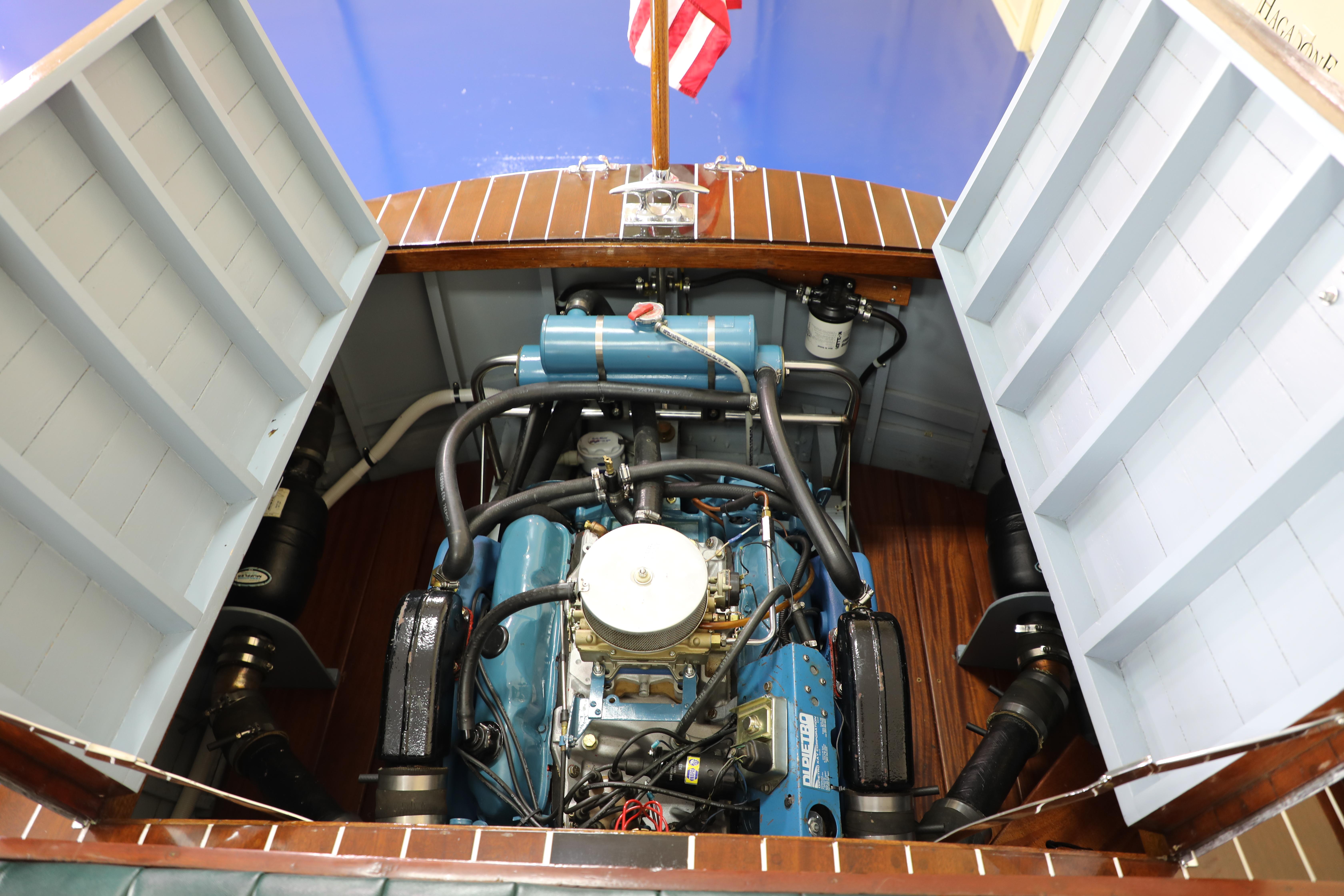 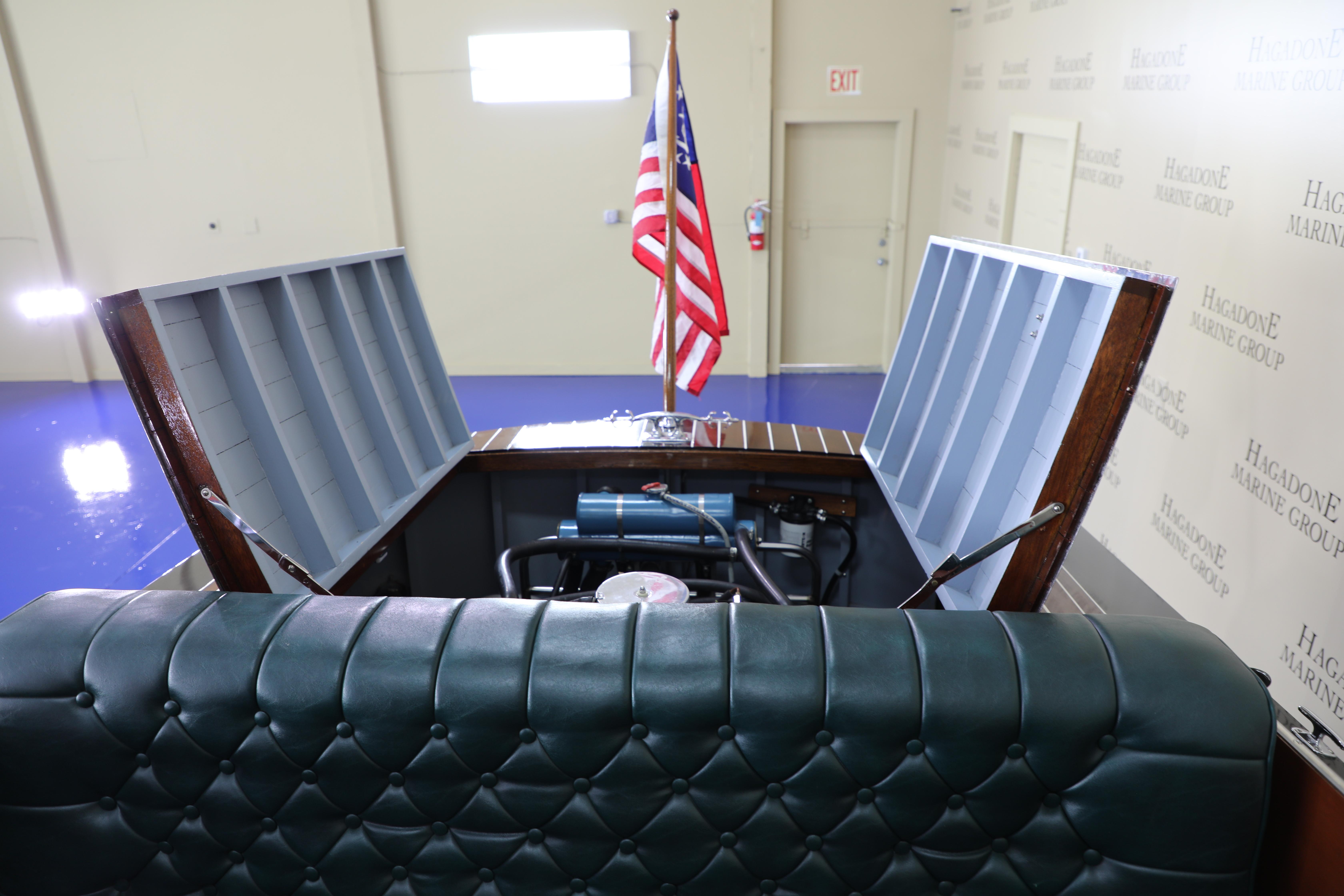 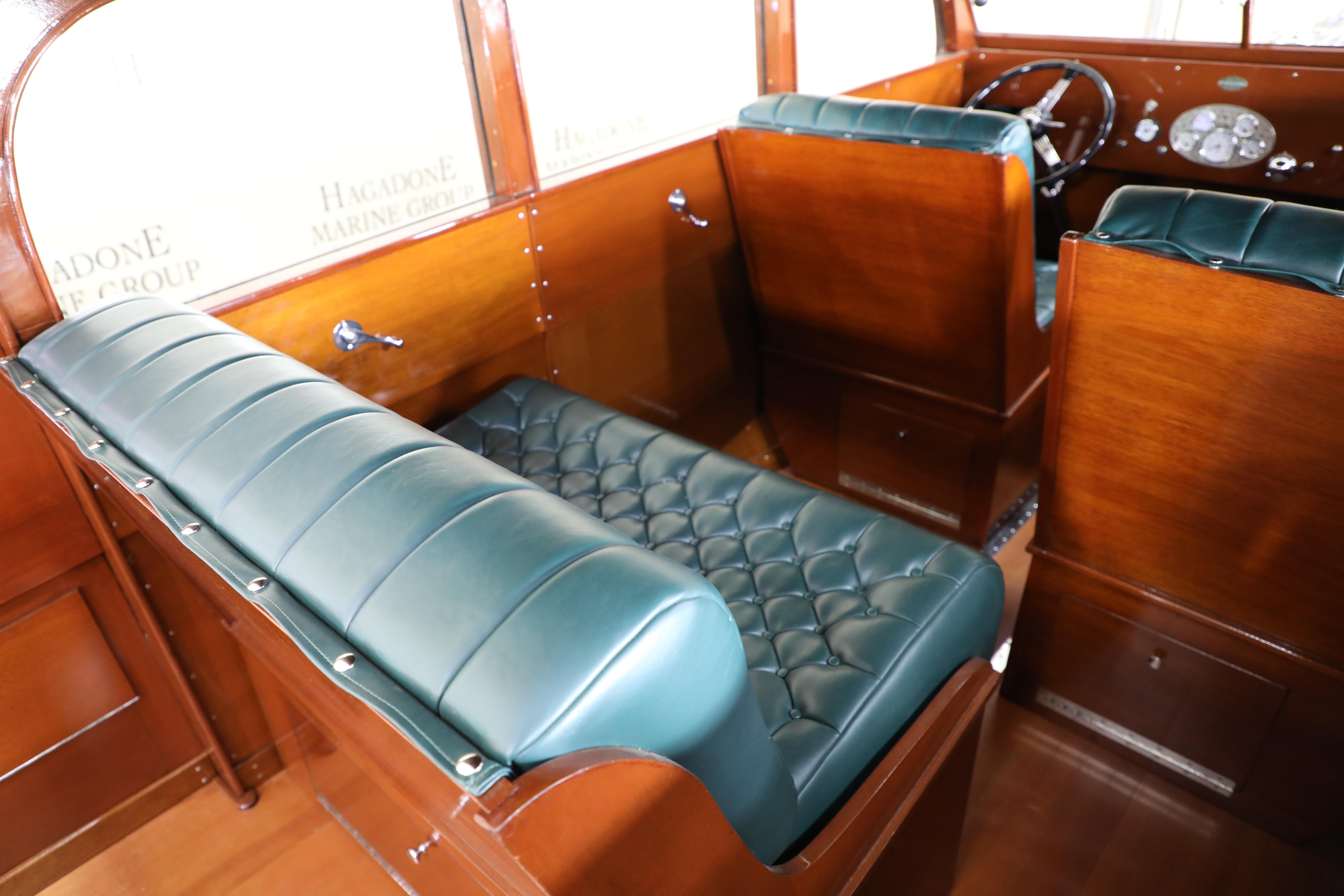 *Please note: due to the varying location of some of our boats, an appointment is highly recommended for tours and showings.

A very special Classic Sedan for the discriminating buyer.

The firm of Hutchinson Boat Works, Inc. has been a tradition in Alexandria Bay on the St. Lawrence River since the beginning of the 20th century, only building just over 250 boats from 1902 to 1964! Though no longer producing wooden boats, the quality of workmanship and finishing of Hutchinson Boats set a trade standard for their craftsmanship and attention to detail for limited production runabouts, sedans, cruisers and even Gold Cup racers. During the 1930s, Hutchinson began constructing sedan boats ranging in size in size from 28 to 40 feet in length. Of these, the 28 footer was the most popular model built during the mid to late 1930’s, yet there are fewer than ten 28’s in existence worldwide-regardless of condition!

This 1936 28’ Sedan is a marvelous example of a Hutchinson at its best!